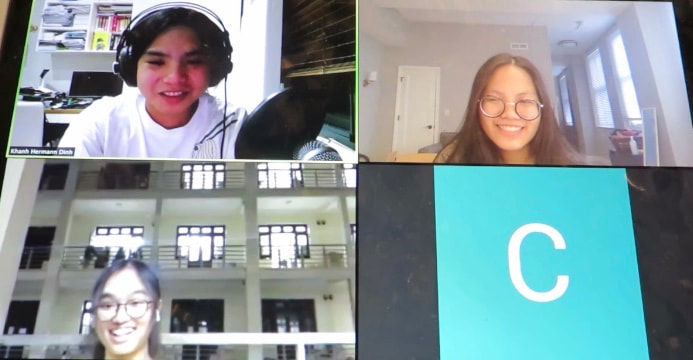 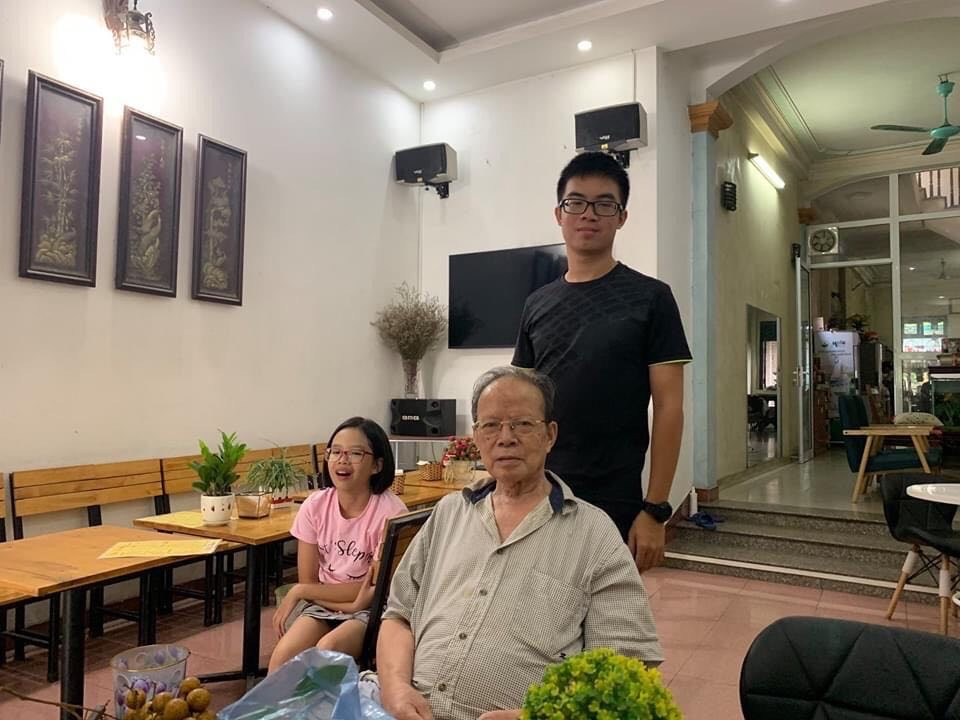 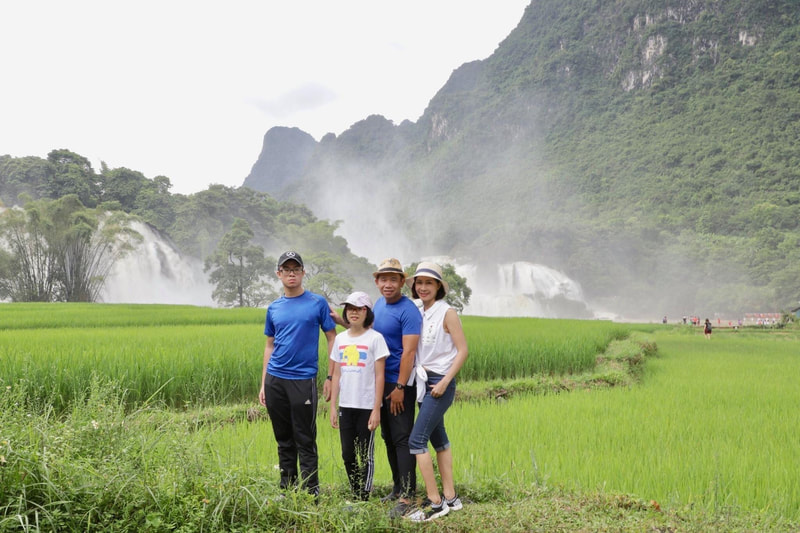 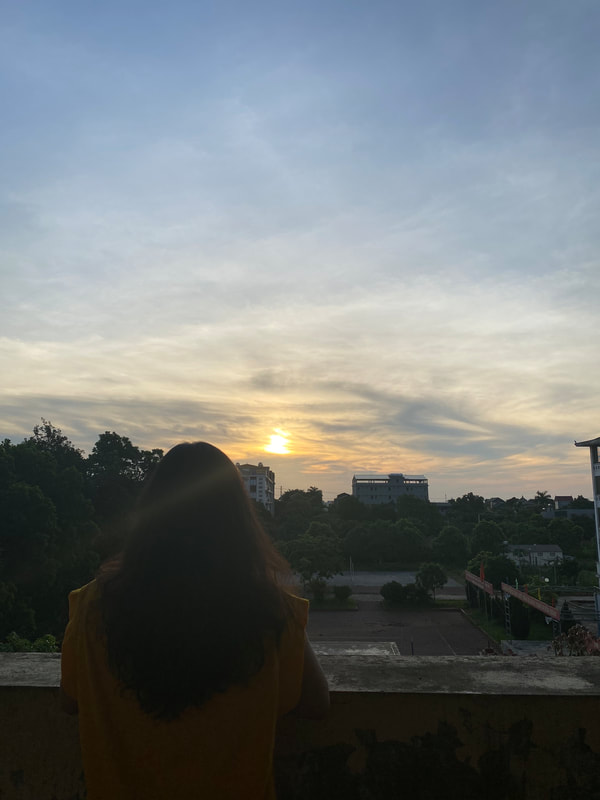 As of late May, Vietnam has just 268 infected cases of COVID-19 which are approximately 0.0003% of the Vietnamese population. Vietnam also has reported no cases of community spread since April 17. Despite sharing borders with China, Vietnam’s strict rules of social distancing since the very first day of the COVID-19 outbreak has made Vietnam one of the countries with the least infected cases in the world and no recorded deaths due to the COVID-19 so far.

Vietnamese successful story of fighting against the pandemic: From the first confirmed case in Vietnam on Jan. 23, the Vietnamese government started to have a very high political commitment to force the citizens into following social distancing policies. People have to pay a fine if going out in public without a proper face mask. They also have many new policies against retailers who were selling face masks overpriced. Many businesses such as restaurants, offices, or coffee shops were forced to close down later in February when there is a sign of rising in infected cases in Vietnam.

The government also has a strict policy of quarantining people coming from other countries starting from Feb. 3. Passengers must complete a health declaration before going on the plane then stay in a two-week quarantine, which is under the control of the Vietnamese government. Even though the government has closed the border and banned flights from other countries in April, there are still repatriation flights for Vietnamese who are staying, working or studying abroad.  Many universities’ dormitories, field hospitals and army barracks were prepared to be quarantine locations.

Keeping that many people in one place has raised questions by many since you have more chances of getting infected when you’re in quarantine camps. But for now, it seems to be an effective policy because travelers can get immediate care as soon as they are tested positive or show any symptoms and it keeps the “might-be-infected” people away from the majority of citizens.

Some of North Cross’s Vietnamese students have returned home as soon as the school starts doing online classes. Winston Huynh ‘21 and Hermann Dinh ‘21 are now done with two weeks of quarantine in Vietnam and enjoying summer with their family.

“Quarantine camps were not as bad as I thought. I shared a room with three other people who are also international students. We were kept track of body temperature by the volunteer health workers and were provided three meals a day. There were already some essential items in our room and our families can send supplies into the quarantine camp for us,” Hermann Dinh said. “Online classes went just fine for me. It is just a bit hard to stay motivated during quarantine but teachers were really supportive and understanding.”

Winston Huynh said that there is nothing he can complain about doing online classes from Vietnam but taking the APUSH exam at 1 a.m. in the morning was definitely a “torture” for him.

“Imagine having to write an essay at 1 a.m when you’re extremely tired,” Huynh said. “I didn’t have coffee so I had to try my best to stay awake during the exam.”

What students think of distance learning - by Tobi Bankole

With a student body as diverse as North Cross, it comes as no surprise that their hobbies and interests during quarantine are just as varied. In response to a survey sent by the paper, hobbies range from immersion in Japanese culture to gardening. Students have also been cooking, cleaning, writing short stories, journaling, painting, working out, playing guitar, and sewing. The most common answers, perhaps unsurprisingly, were that students took this time to sleep, watch Netflix and eat.

When asked about their feeling about the transition to distance learning, responses were decidedly mixed. Students appreciate having more free time, flexibility, the lack of a dress code, and short classes, but others say they like nothing about it or that it is not the best for them.

Though most take quarantine seriously now, many admit that they did not follow stay at home orders with due diligence at first. Only 16.13 said they followed the government’s stay at home order, while just under 50% said they went outside rarely but practiced social distancing and/or wore a mask. 19% reported to going outside frequently but social distancing and 3% reported to ignoring all government orders.

Most students agree or strongly agree that distance learning has been more challenging than in person, with only only three people disagreeing.

“At the beginning it was fine and I actually found myself being more productive, but now that we’re basically almost done with school, doing projects is becoming laborsome,” said one respondent.

Others say it depends on the class and the teacher, which is backed up by the results of another question.

“It varies from class to class, for some classes the work has become easier and others harder, then it also depends on the teacher and the workload.”

Ten students said science was most enjoyable in quarantine, while seven preferred English, six enjoyed their electives, and four liked their math classes.
The answers varied when directed at AP students, but there was similar variation and distribution across all questions.

*The survey was taken by almost one quarter of the student body in the second week of May based on a SurveyMonkey query embedded on our homepage. 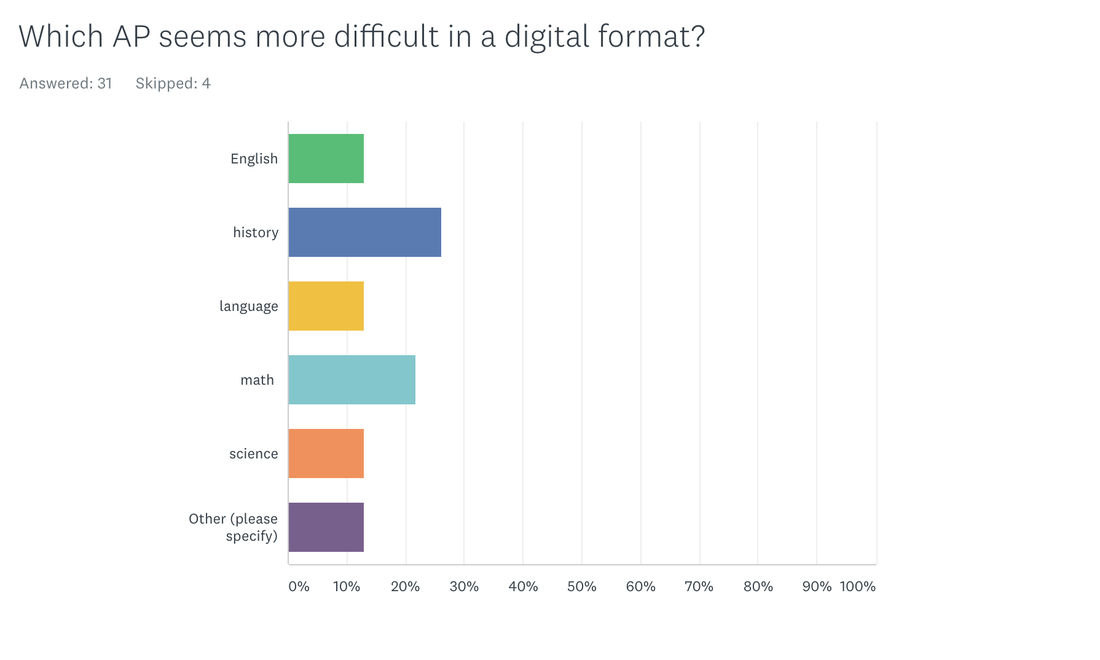 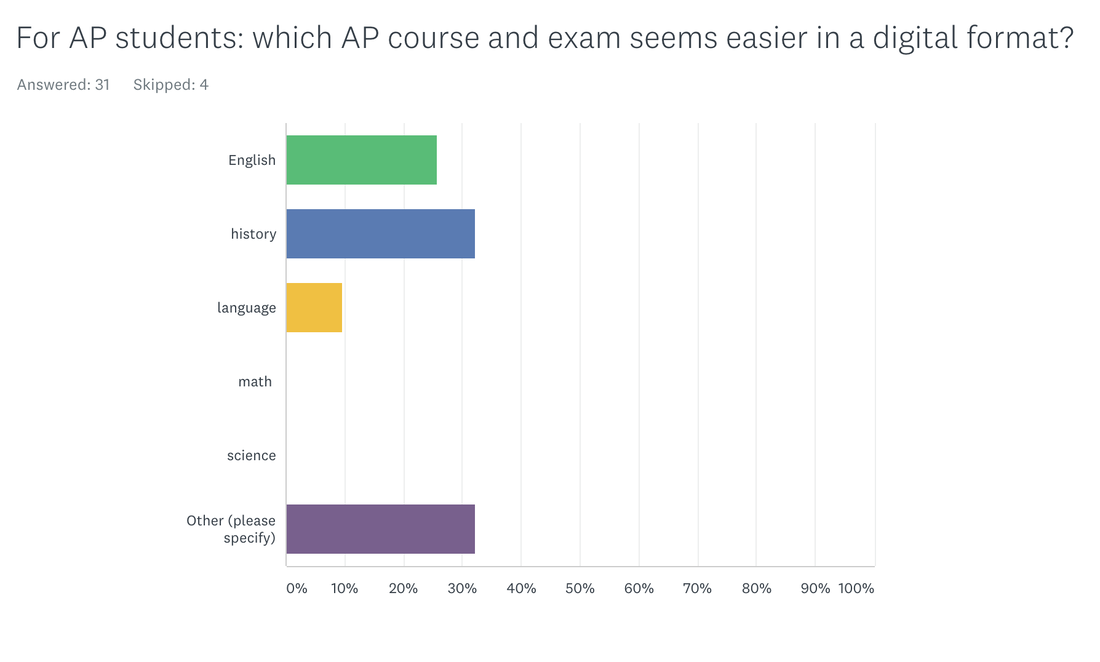 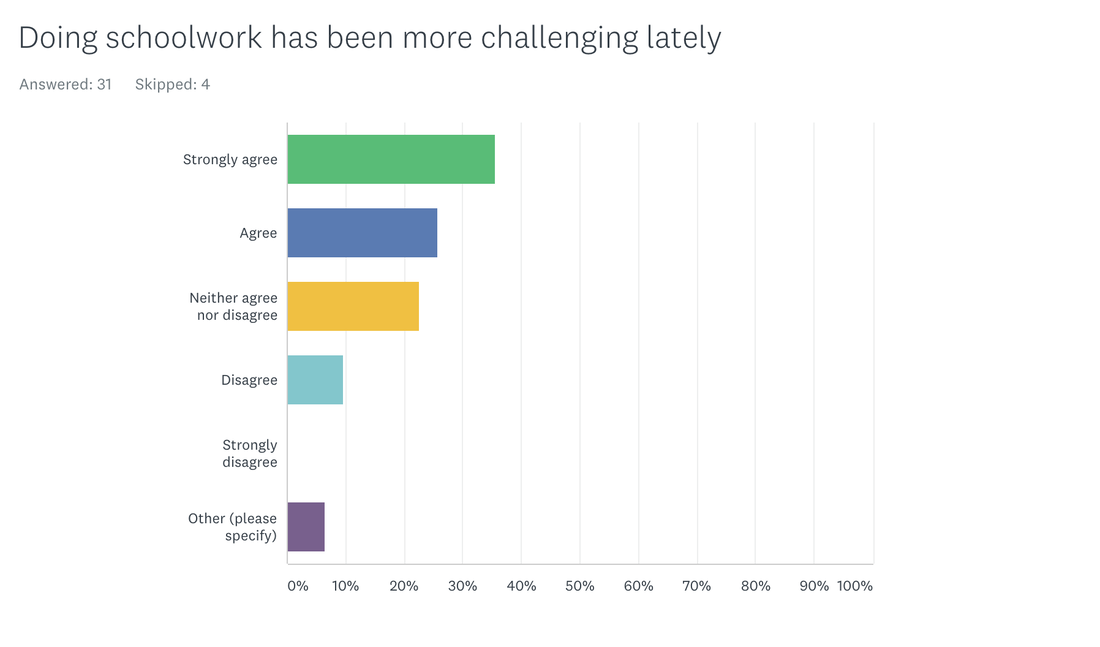 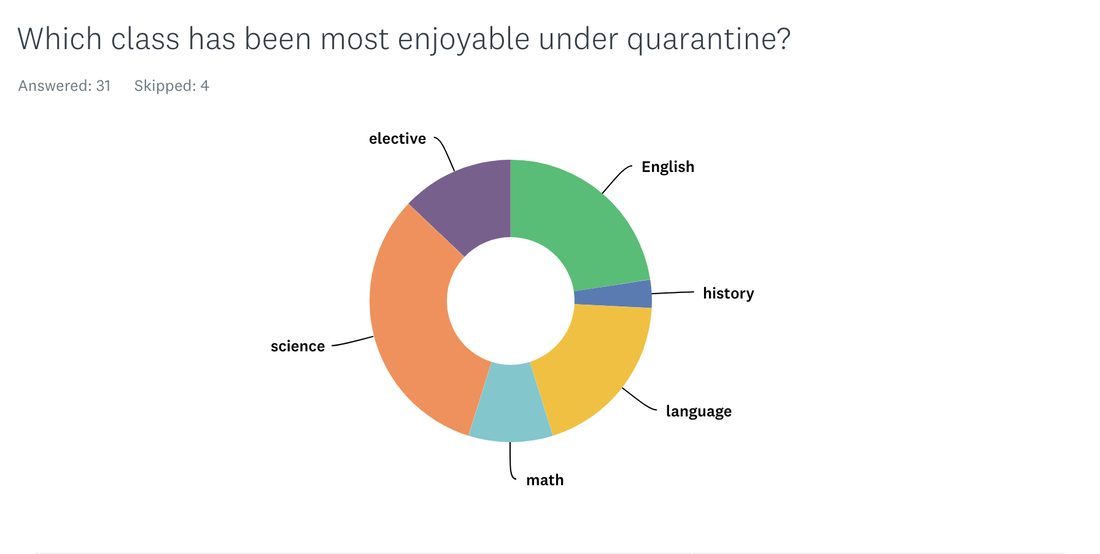 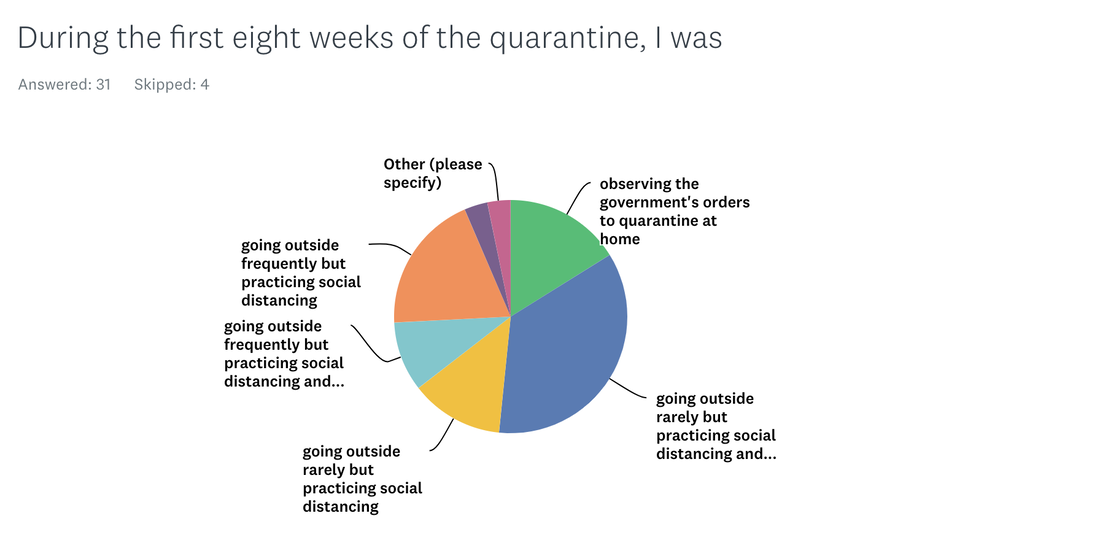 No students of North Cross School have contracted the coronavirus.

Stories of students life during the quarantine:

Seniors make the best of unfortunate circumstances during the quarantine

Abigail Jefferson: secret talents, and her mark left on NCS - by Chloe Hunt

​“After a month of not being able to hang out with friends, I find myself getting bored incredibly easily,” Karlen said. “A lot of things I usually enjoy are getting boring but I’m able to pursue streaming daily, which has always been a goal of mine.”
For Karlen, distance learning is a very odd experience comparing to the traditional school routine, with its pros and cons
“It’s a little stressful having to tightly remember my schedule without the bells, but that’s just me. I feel like some teachers are being more relaxed with work and others not so much,” Karlen said. “I like how much freedom it gives me but it’s also more challenging for me to absorb as much information and actually stay awake and functional in class. I feel like I’m able to get more work done but actually sitting through class is an incredibly different experience.”
When faced about the reality of graduating through a screen, Karlen expressed his sadness because a virus ruined what was supposed to be his final and best year in the school.
“It’s awkward and I’m a little sad,” Karlen said. “I may have suffered a lack of a proper graduation but I feel like NCS is gonna try their hardest to make something work so that’s good.” 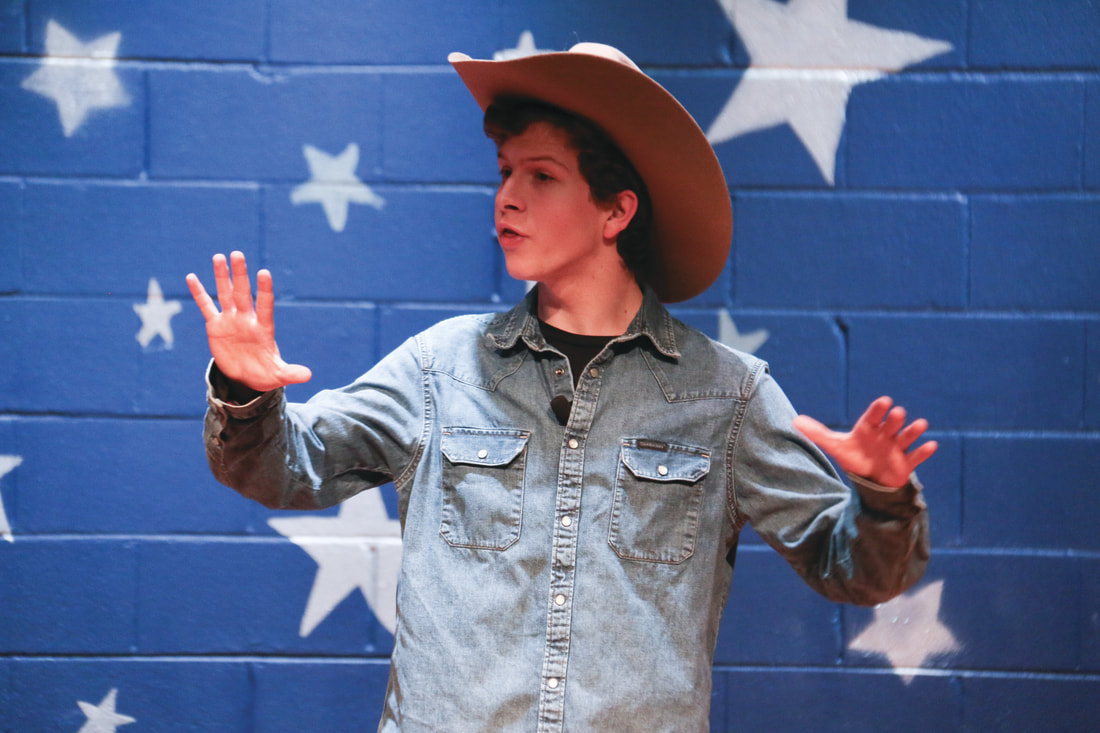 Since the start of the outbreak, many trips to China had to be cancelled, leaving many students in a frozen state, indecisive of where to go.
Insert quote from a student who was/is planning to travel with the school to China.
When asked about the virus, Maddie Melton, an expert on China representing Where There Be Dragons, showed mixed feelings for how the virus is being handled by China, though it had left many Chinese citizens in a difficult situation, with little to no access to healthcare and supplies  and are confined to their homes for multiple days in a row.
“I’m really glad that everyone’s taking the steps that need to be taken to to make sure it does stay contained,” Melton said. “I’ve been impressed by the fact that China is doing everything they can to make sure it doesn’t spread and I find that pretty admirable. At the same time I think it had left a lot of people in a difficult situation and we don’t know how long the quarantine will last”
Though efforts to contain the epidemic have proven to be quite remarkable, Melton expressed that the virus has permanently affected the city’s reputation, that Wuhan will only be associated with the virus from now on.
“I’m sad for the people and I think it will leave a big stigma in the city,” Melton said “no one in the United States had ever heard of Wuhan city for a very long time before and now it’s only association is going to do with this virus”
Melton also said that the racism towards Chinese people does not confined only to the USA, but the entire world in general ans especially in East Asian countries.
Dabney added a few remarks about the problem with coronavirus in North Cross and how students reacted to the outbreak is quite inapropriate.
“I’ve heard students joking about it (coronavirus) in North Cross and I don’t think that’s unnecessarily inappropriate” Dabney expresses disdain about how students reacted to the outbreak “...I think this is coming from a place of ignorance and lack of understanding and that’s why it’s important that we have Chinese programs and trips to China.” 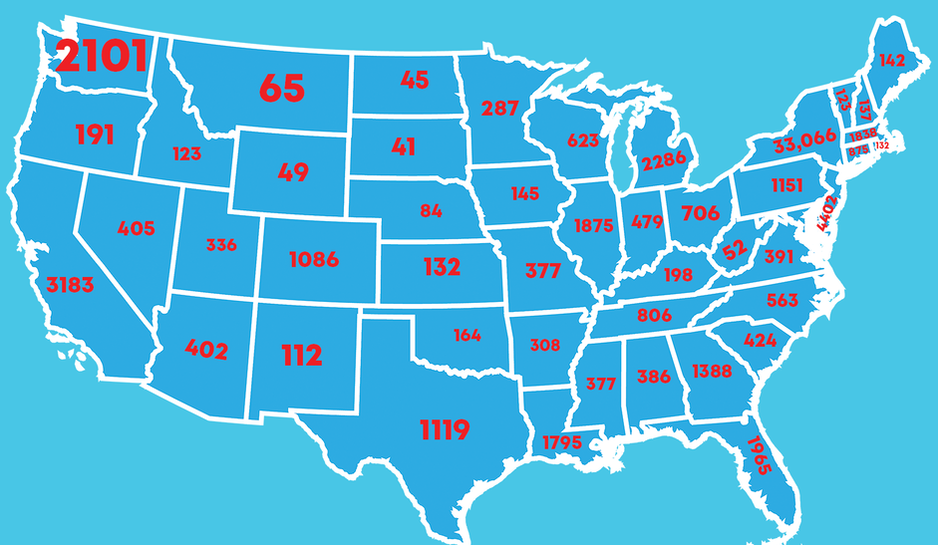 The number of Coronavirus cases in the US by states as or Mar.26 , with the most affected in New York City with 33,066 cases and nearby regions. Virginia is one of the lower affected states with 391 cases, with 1 case confirmed in Roanoke.

​This pandemic comes without a sign. The way our society works really changes a lot. Because of this outbreak, people have to stay at home and only go out for necessary grocery shopping. The winter vacation was forced to be extended until March, for most schools, but our school has already begun online. During the time I stayed at home, I found my life was not changing a lot. I am generally an indoor person, so I can get used to it soon. However, I have never been so indoor like now—for almost one month not going out. Before this outbreak, I have already had a very long hair which can almost cover my eyes, but because I could not go out, so my hair kept growing. Finally, I decided that I must go out to have my hair cut, but I found that the haircut stores are not opening. Indeed, 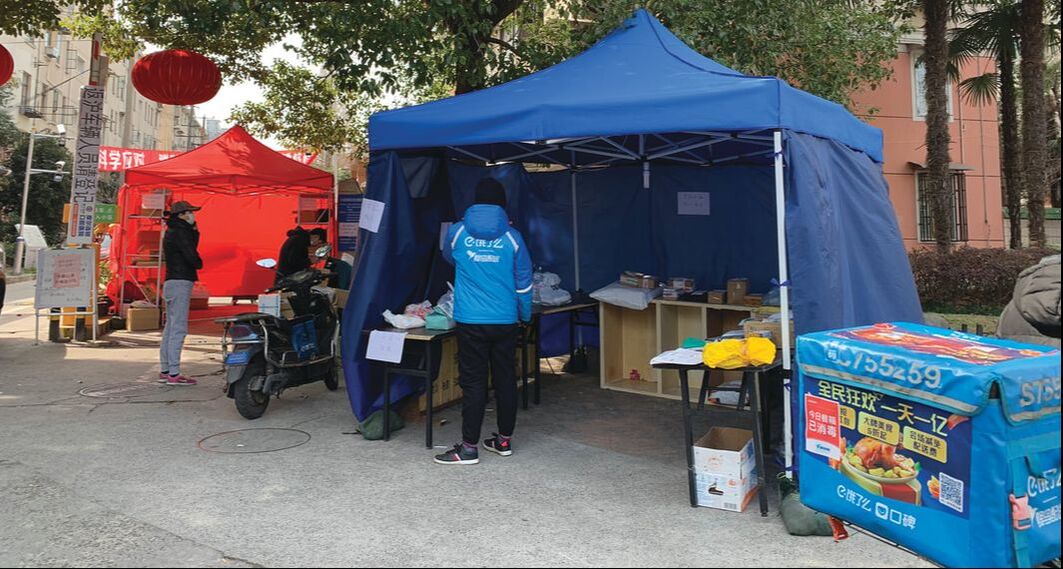 ​I found some stores were still not legally opening. Those shops were looked like closed, but they are actually secretly working inside. For the school, I am very happy with the online classes. Because I can get up late, stay in a very comfortable environment to study, and skip the boring study halls of school! For the outbreak itself, I am personally very optimistic about that. The government blocked the Wuhan city, and even established two hospitals in only two weeks—which are unprecedented in history. Meanwhile, on the news people had noticed about both good news and bad news. Some people are very angry about some of the government’s mistakes, but I think they did not see the goods that the government has done. This outbreak is also, I believe, a re-build of the whole society, or a test to examine those department heads. Officers in charge of malpractice are fired; people who deserve reward are rewarded. I know blocking Wuhan is not fair to Wuhan citizens, but it saves the whole country and even some neighboring countries. I appreciate the Wuhan citizen’s sacrifice. The numbers of other cities’ patients are already declining, and I hope Wuhan can get better. Meanwhile, Japan is also experiencing this trouble. Unfortunately, because of their government form, it is hard to block a city like Wuhan, or request lands efficiently, so it can be a serious problem for them. All in all, the beginning of this issue is because of our neglection on the foods we eat, and we are very sorry about that. Nevertheless, I believe that this pandemic can be solved, and people can go outdoors really soon.”