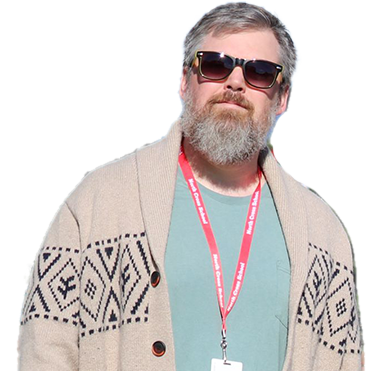 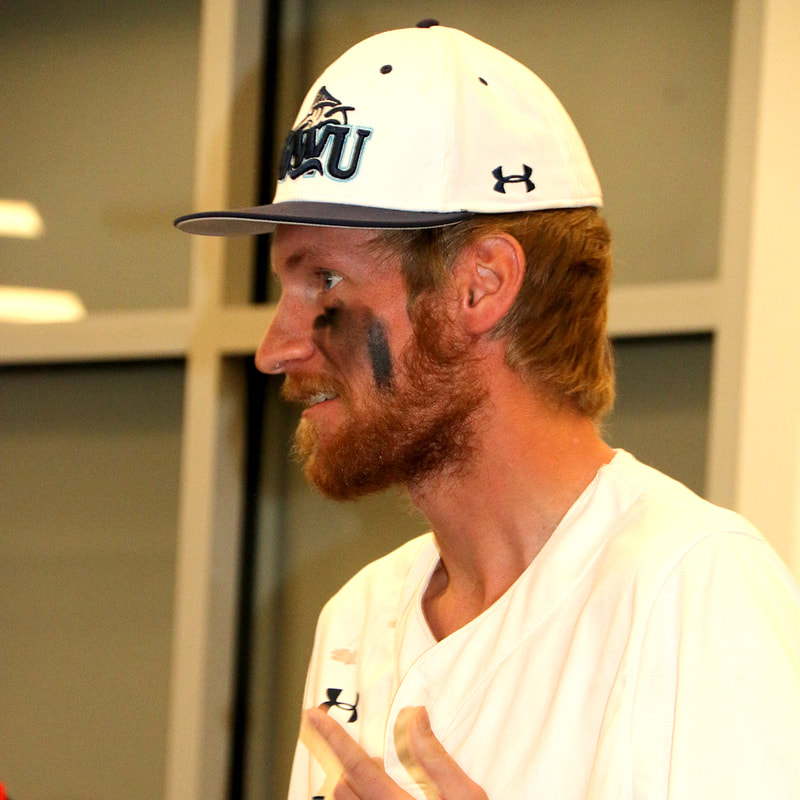 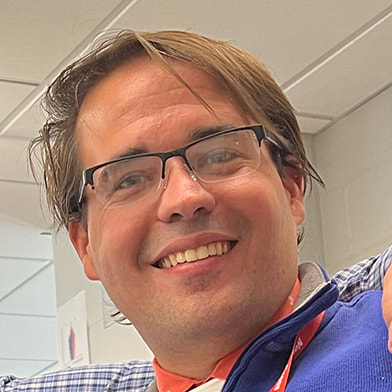 ​By Nhi Le
A new literature teacher visited  Europe a couple of times when he was still a student at North Cross School. The school gave him opportunities to go to four countries, including Italy, France, Spain and Greece. Now he has returned.
Britton Andrews, a new literature teacher at North Cross School, was a student in NCS for 14 years. Before moving back to Roanoke, Dr. Andrews used to live in Washington with his wife. Beside being a literature teacher he is also a father of a 2-year-old daughter. Aside, he was inspired to play football, tennis, and basketball  from his parents, who were both college athletes.
“A good teacher is a good learner,” Dr. Andrews said. “If I want to help my students learn my subject, then I have to learn about and from my students constantly.”
Teaching has motivated and interested Britton more than ever. Even more than doing research and writing. He does not see a  teacher as a Master of that subject but as a learner. Having classes is one of his best experiences. He has a B.A in Communication Studies at University of North Carolina. Furthermore, he also has  M.F.A in Creative Writing at Western Washington University. Finally, he achieved a Ph.D degree in English Studies from University of Louisiana at Lafayette. Surprisingly, he also got the Upper School Math Awards at NCS.
“This school was my second home growing up,” Andrews said, “and I was ready to come home.”
It is delightful for Dr. Andrews to know that NCS still has a spot for him. Not only him but his whole family had lived along with the school. His dad worked for the school for a long time. All of his siblings graduated from NCS.
“She truly cared about me more than I cared about myself.”Britton shared “I’ve never forgotten it.”
Ms.Burt-Kinderman, who used to teach Calculus at NCS, is one of his most memorable teachers. She never stopped believing in Britton. She also one of the character whom inspired him to become a teacher.
“I have been impressed by his dedication to his classes and how hard he works,” said Lance Odom, Dr. Andrews’s co-worker. “Dr Andrew’s is a wonderful colleague and fantastic to work with.”
“He has a great disposition to be a very effective teacher,”Mr.Kier said. “Dr.Andrews is very gracious.”
Andrews not only got the love from his co-workers but also his dear students.
“He doesn’t leave people behind. He tried to carry everyone as the lesson was going on,” said Indira Weed ’25. “I really like his style of teaching and the discussions he makes.”

Tatum Vega was always interested in math and grew up being really good at it, so she started with a math major in college. Eventually, she switched to being a chemistry major, because she really likes the contracts behind chemistry and thinking skills involved. And now she is teaching those subjects because she has a chemistry degree and really enjoys math.
“I always looked up to my teachers growing up,” Vega said, “and in high school I really started thinking and pictured myself being a teacher.”
Vega is a new teacher from the Orange state—-Florida. She joined the NCS family as a chemistry and math teacher. Specifically Vega comes from Gainesville, where she attended the University of Florida.
“I could really see myself doing this. It seems like something I want to do. Especially when I was in my senior year in high school because I had a teacher I really really liked. He was my chemistry teacher, he drove me to [study] chemistry and I kind of realized how much teachers have impacted on students and I want my life to do that.”
That is how she knew wanted to be a teacher.
Living in the dorm right now with international students, she not only works for NCS but also works for the dorm. The reason why she chose to become a teacher at NCS, is because Roanoke is so pretty in fall and everybody was super welcoming and nice to her when she came for the first time.
Vega did not spend her whole life doing chemistry experiments and solving math problems.
“I was a competitive cheerleader for over seven years,” said Vega. “I quit in high school and I did sideline cheer for the football team at my high school, which I didn’t like as much as  competitive cheerleading, then I did diving for one semester, which was cool.”
In her freetime, she  plays guitar and really likes to draw. Before becoming a teacher, she taught herself to play ukulele.